Today I’m going to be reviewing a wonderful romance story I’ve just got caught up on called Let’s Play. It’s a web comic by author and illustrator, Mongie. I haven’t read a lot of web comics, but the art and writing in this one were so good that I had to share my experience with it.

The protagonist is a video game developer named Sam Young, who has just created her first indie game and uploaded it onto an online sharing platform. Her hope is that enough people will play the game and give it a favorable rating that it will be noticed by a larger gaming company who will want to recruit her as a developer.

This plan seems to be going really well at first. Sam’s game has a rating of 8.2/10 and she’s just found out that famous game reviewer, Marshal Law, will be filming a let’s play of it that could potentially sky rocket the game’s popularity and launch her career along with it.

Unfortunately, the reviewer doesn’t understand the kind of game Sam made. He tries to play the puzzle game as if it were and action/fighter, causing him to get frustrated and quit playing before giving it a fair chance. This in turn leads his legions of fans to flood the platform where Sam’s game is uploaded and bombard her profile with 0/10 scores, tanking her plan to get noticed by a larger company.

To make matters more complex, Marshal Law has also just moved in to the apartment next door, forcing our extremely anti-confrontational heroin into a situation where she can’t possibly avoid the man who flippantly ruined her career before it had a chance to begin.

That’s the premise established in the first episode anyway.

Even though the author is a westerner who lives in Kansas City, she’s spent a lot of time studying manga which gives the plot and character designs a distinctly Japanese feel. The writing 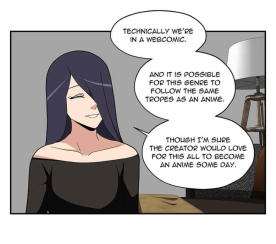 has a tongue and cheek quality that indulges in romance manga tropes, while simultaneously being self aware. You can feel it in the dialogue between the characters and the sudden turns toward the silly that crop up at the most unexpected moments. The story grows and expands from these tropes, taking the formulaic catalyst for drama and injecting it with real human thoughts, emotions, and most importantly, trauma.

But the way Mongie illustrates that trauma is what sets Let’s Play apart from the romance stories it takes its inspiration from. Each of the characters is struggling to overcome something that makes it difficult for them to connect with each other. It could be a mental illness or it could be something more benign, but Mongie always gives a reason that her characters feel the way they do and shows these reasons in very unique ways. These mental blocks are always rooted in something that makes them feel real, making the character’s decisions feel justified. 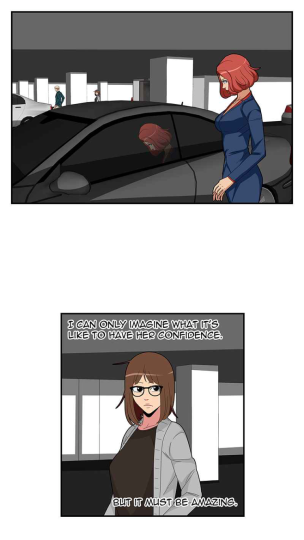 One of the techniques that she uses for illustrating this is a set of creatures that she refers to as “Emote-Kuns,” faceless embodiments of the different mental struggles that the characters are dealing with. The people in the story don’t see or interact with the Emote-Kuns. These monsters don’t have any physical effect on the world. They exist to show the audience the weight these mental conditions can put on the people who suffer from them.

Sam’s social anxiety is physically crippling, and the Emote-Kun that represents her fear of confrontation is appropriately horrifying, giving the reader a chance to see her fear manifested. This makes us get a much better idea of what Sam is going through, even if we haven’t suffered from the same particular affliction.

They serve a similar purpose to the emotions in the Disney-Pixar film Inside Out. Only where the Disney version had the emotions running the show with Riley merely serving as the vehicle, the Emote-Kuns in Let’s Play have no thoughts, feelings or desires. They are simple visual aids for the reader to help us understand what the characters are going through. They bring us closer to the characters rather than distracting us from them. 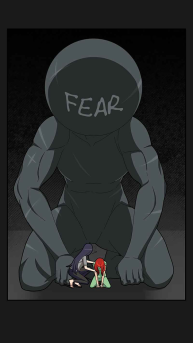 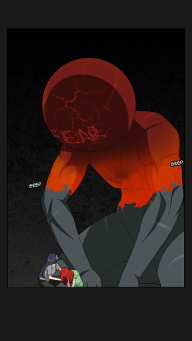 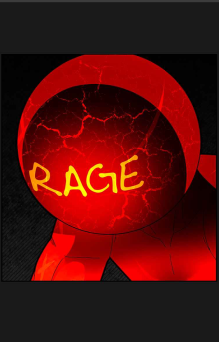 The Emote-Kuns are my favorite of the tools in Mongie’s toolbox, but they’re far from the only ones. She also uses game avatars, spirit animals, and one powerfully symbolic ring to get emotions across that are far too complex for facial expressions to carry alone. On top of that, she frequently shifts art styles from beautifully detailed portraiture to adorable cartoon and everything in between depending on whether she needs to convey weight, comedy, lust or action.

I’ve been focusing on the emotional complexity of the design because that’s what’s impressed me the most, but that’s far from all this web comic has to offer. It can be romantic, clever, terrifying, heartbreaking and side-splittingly funny. It has charm and humor coming out of every orifice and heart to spare.

It’s amazing in too many ways for me to talk about here, but what seems most incredible about it is the way it feels like the biggest struggle that each of the characters is facing is coming from inside them. There are no villains in this story, (yet!), there’s only people doing their best to understand each other and communicate, even though they don’t always know how.

The story isn’t finished as of yet. Episode 82 was just released at the time of writing and I get the impression the author has only just begun, but if anything I’ve talked about has peeked your interest then I urge you to give it a try. Each episode is short and easily digestible.

You can check it out on Web Toon’s website or by downloading their free app.

There’s also a few cute promotional animations on YouTube, (but the comic is better!)

This is where you can read media reviews, original works of fiction and writing updates by Cody D. Campbell.